Today is the 275th birthday of President John Adams 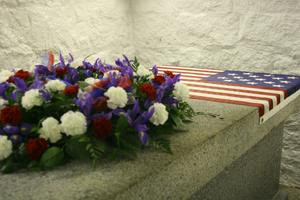 President Lyndon B. Johnson issued a declaration that all deceased presidents be honored on their birthday with a wreath laid on their tomb. A ceremony commemorating John Adams' 275th birthday was held at the Church of the Presidents on Friday, Oct. 29. 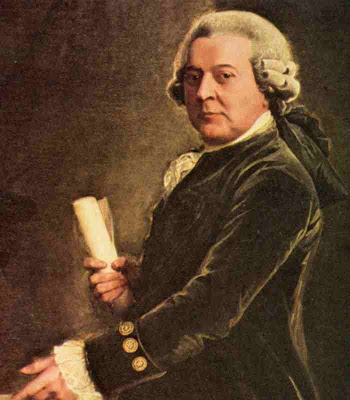 Happy 275th birthday to the nation's 2nd president of these United States and the father of the nation's 6th president, John Quincy Adams! May you still granted us guidance for this nation!


John Adams (October 30, 1735 – July 4, 1826) was an American statesman, diplomat and political theorist. A leading champion of independence in 1776, he was the second President of the United States (1797–1801). A New England Yankee, he was deeply read and represented Enlightenment values promoting republicanism. A conservative Federalist, he was one of the most influential Founding Fathers of the United States.

Adams came to prominence in the early stages of the American Revolution. As a delegate from Massachusetts to the Continental Congress, he played a leading role in persuading Congress to declare independence, and assisted Thomas Jefferson in drafting the United States Declaration of Independence in 1776. As a representative of Congress in Europe, he was a major negotiator of the eventual peace treaty with Great Britain, and chiefly responsible for obtaining important loans from Amsterdam bankers. A political theorist and historian, Adams largely wrote the Massachusetts state constitution in 1780, but was in Europe when the federal Constitution was drafted on similar principles later in the decade. One of his greatest roles was as a judge of character: in 1775, he nominated George Washington to be commander-in-chief, and 25 years later nominated John Marshall to be Chief Justice of the United States.

Adams' revolutionary credentials secured him two terms as George Washington's vice president and his own election in 1796 as the second president. During his one term, he encountered ferocious attacks by the Jeffersonian Republicans, as well as the dominant faction in his own Federalist Party led by his bitter enemy Alexander Hamilton. Adams signed the controversial Alien and Sedition Acts, and built up the army and navy especially in the face of an undeclared naval war (called the "Quasi War") with France, 1798-1800. The major accomplishment of his presidency was his peaceful resolution of the conflict in the face of Hamilton's opposition.

In 1800 Adams was defeated for reelection by Thomas Jefferson and retired to Massachusetts. He later resumed his friendship with Jefferson. He and his wife, Abigail Adams, founded an accomplished family line of politicians, diplomats, and historians now referred to as the Adams political family. Adams was the father of John Quincy Adams, the sixth President of the United States. His achievements have received greater recognition in modern times, though his contributions were not initially as celebrated as those of other Founders!

The noontime ceremony at Quincy’s Church of the Presidents is one in a weekend of events centered around Adams’ birthday, which is Saturday, Oct. 30.

The descendant, also named John Adams, quoted from the Massachusetts Constitution and other writings by his ancestor. Rep. Delahunt, in what he said would be one of his last appearances before retiring as a congressman, spoke to the ideal of freedom that the president championed when helping to shape a new nation. Shannon Galvin, a senior at the Woodward School for Girls and the granddaughter of city historian Tom Galvin, also spoke at the ceremony.

The wreath, ordered by the White House, was made by Clifford Flowers’ in Quincy Center, and was laid on Adams’ tomb by Navy officers, Delahunt, Koch, John Adams, Galvin and Arthur Ducharme, the church’s visitors program director.

The landmark church was filled with spectators and students from several area high schools and colleges. The annual event is part of President Lyndon B. Johnson declaration that every deceased president’s birthday would be recognized with a wreath on his tomb.

Posted by MattHistoryPerson at 9:40 AM